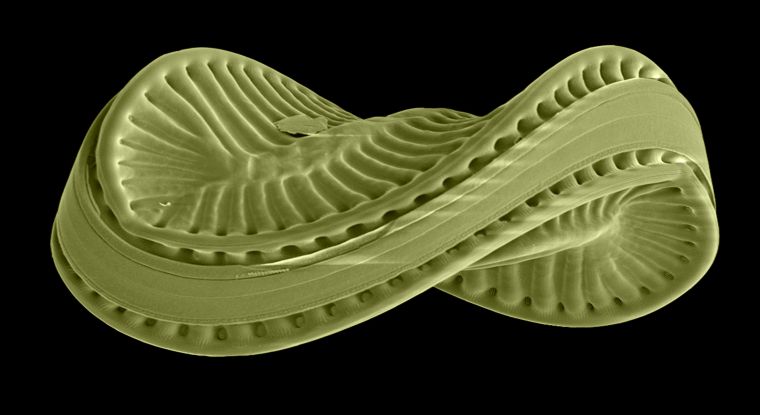 The evolutionary dynamics of Lake Ohrid

The older and more stable an ecosystem is, the longer lived its species and the more stable the species communities are. An international research team led by the Justus Liebig University Giessen and the University of Cologne gained these new insights into evolution by drilling deep into the sediments of Lake Ohrid. The 1.4 million year old lake on the border between Albania and Northern Macedonia is not only the oldest lake in Europe, but with more than 300 endemic species, i.e. species that only occur there, it is also the most species-rich.

To study the evolutionary dynamics of Lake Ohrid since its formation, the scientists combined the environmental and climate data of a 568-meter-long sediment core with the fossil records of over 150 endemic diatom species. The data showed that shortly after the formation of the lake, new species emerged within a few thousand years. Many of them died out again very quickly in the relatively small and shallow lake. The research team explains this by the fact that young lakes of small size offer many new ecological opportunities, but are also particularly sensitive to environmental changes such as fluctuations in temperature, lake level and nutrients.